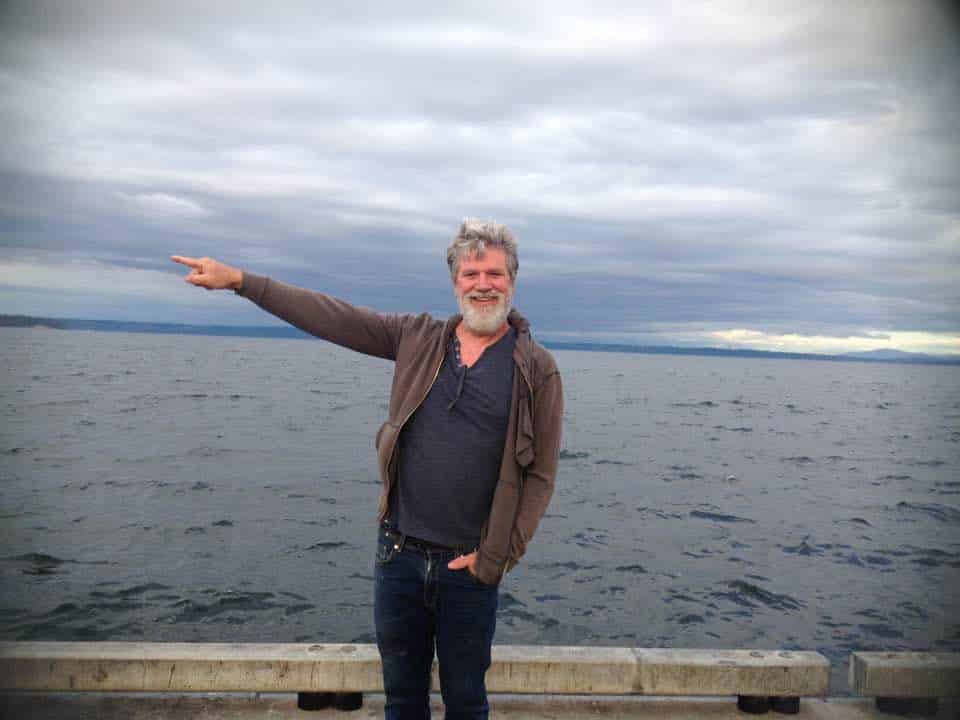 There’s more than plants and planning to a Dan Blossom landscape.

Dan Blossom grew his successful landscape design company on straight customer referrals. He never boosted his message with supplemental marketing, like anniversary promotions. In fact, when an interviewer pointed out their conversation was happening during what might be considered an important anniversary year he seemed surprised.

"Oh yeah," he said by phone from his home in Poulsbo, "I guess it is. I work strictly from word of mouth and it’s amazing the work I’m getting. It’s a very good market right now."

Focusing on the work rather than the business has allowed Blossom to win the loyalty of clients throughout the Puget Sound region and as far away as Ohio, while taking advantage of any landscaping opportunities produced by new construction and remodeling in Seattle.

Landscape design is an art form that demands a sculptor’s grasp of three-dimensional relationships and a painter’s eye for two-dimensional composition. 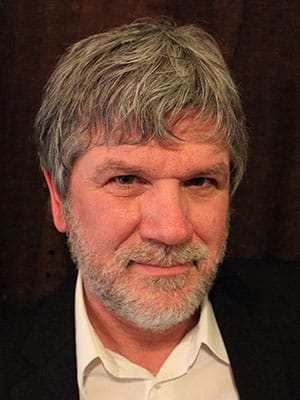 "I’m an artist," he said. "I’ll walk in circles, looking at how everything lines up from every step you take. Whether it’s a large stone or a plant, every prominent feature that is a focal point has to be viewed from different points of view.

"I have a certain style," he continued, "that is a hybrid of Japanese and northwest contemporary – very native looking with natural stone outcroppings. Waterfalls are another forte of mine. But I’m very flexible, and just did a remodel in the Mt. Baker area that had a Mediterranean, formal look in the front. In back, which looks out over Lake Washington and the Cascade Range, we were able to incorporate that Northwest, Asian-Japanese feel."

And, because at the heart of landscape design are living plants, the designer must incorporate time, sometimes called the fourth dimension.

"Plants don’t stop growing, so generally I design with various time horizons in mind," he said. "I design so it’s going to look its ultimate in three years. At five years you will have to do some pruning, or move things around." 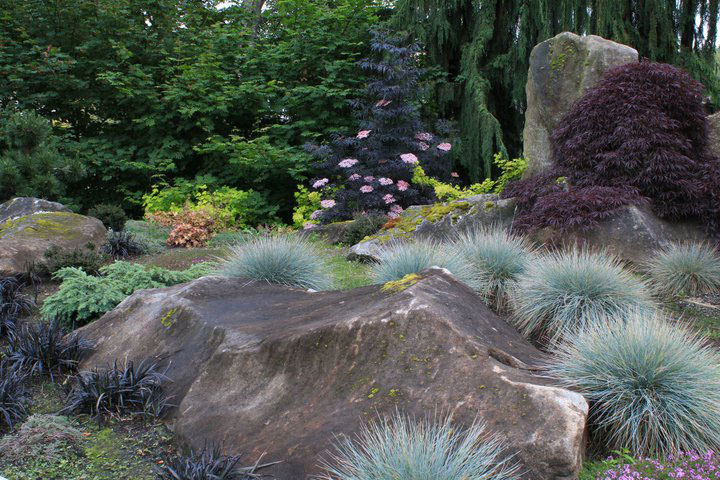 Blossom’s mother started Valley Nursery in Poulsbo when he was a teenager. When a customer asked if someone was available to help them plant what they had bought, she said, "Oh, yes I do have someone."

Assisting her customers turned into regular work after high school, where his first love of architecture was being eclipsed by the attractions of landscape design.

"I just kept working with the nursery customers after school and one client really encouraged my interest in landscape design. She was connected to many of Seattle’s prominent landscapers and introduced me to several of them while I was still in high school. I quickly realized that I hated my classes where I was just sitting at a desk drafting all day."

After graduating, several of the pioneers of Northwest Contemporary Landscape Design, including Wendell Duncan and Kenneth Kelly, became his mentors.

"At the time I met Wendell, he wanted to pass on the training he had received and the knowledge he had gained," Blossom said. "You can learn all you want in school, but Wendell and Kelly insisted that you have to learn what these plants do. And you do that in the field."

When a landscape design is completed, however, it is handed over to the care of gardeners for maintenance, and finding one with the sensitivity and training of an artist is important. Something as fundamental as pruning, he said, "is becoming a lost art."

"Those people I learned from were also some of the best pruners I’ve ever seen," he continued. "Just amazing what they could do." 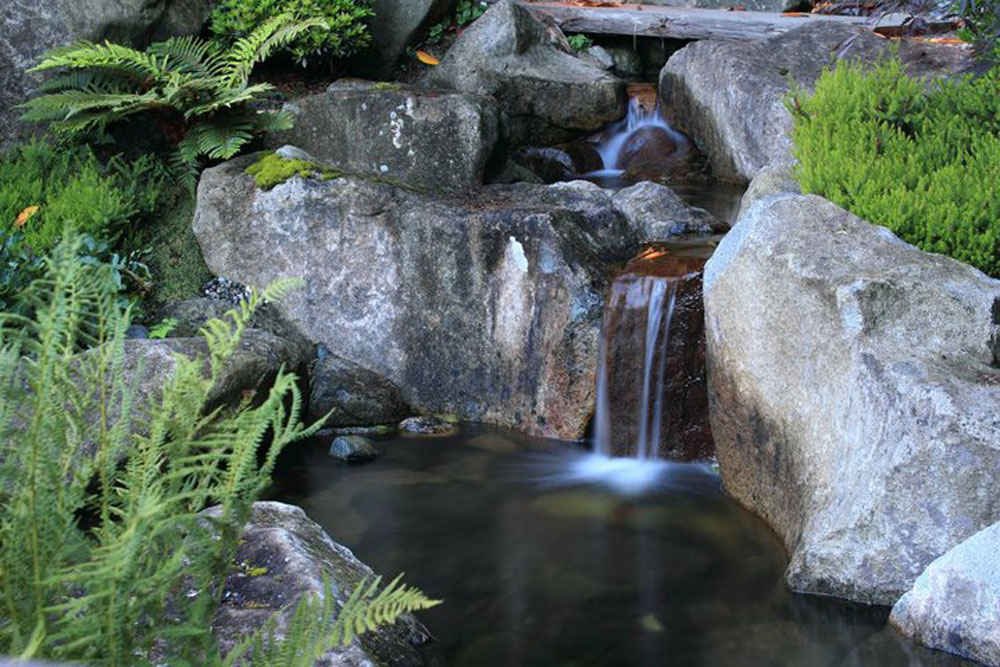 By the time he founded Dan Blossom Landscape Design in 1977, he had another artistic dimension. His girlfriend, who played violin, bought a guitar and he bought a bass. Soon a band was born.

"Initially we were doing punk," he said. "But we always were trying to take it further and do something new. We were right in the middle of the whole Seattle sound, sort of proto-grunge, doing shows in little bars with all those bands that became famous. Soundgarden was one we played shows with all the time. We were each other’s favorite."

He took a long musical break to focus on his design company, but has reunited that first band and is back performing occasionally in clubs. They’ve added a ‘jam band’ element and have become adept at improvisation.

There is an element of improv to his landscape creations, too.

"A lot of that is very intuitive and unconscious," he admits. "I’ll draw plans for people because a lot of times they’ll need them just to get approval. But new ideas will appear in the moment. I generally do the rock work first, then the irrigation, and then the hardscape and planting."

Though waterfalls and water features are a specialty, he does not push the idea and will not do a "free-standing" waterfall created by piling rocks up.

"A rock pile would look terrible," he said. "You have to have a large enough area where you create a mound. It requires a lot of other outcropping so it frames it in and you have background planting so you can’t tell that it slopes back downhill behind it. That illusion requires a lot of extra rock, soil, and planting. If you can achieve that then I’ll do a free standing.

"I’m also very clear with the client that they can be a headache because of the maintenance involved," he added.

On the other hand, he explained, a three-foot-high water feature will create the effect people want. "The impact is in the little boulder drops where sound is an element. The sound of a single tall waterfall is less appealing to most people: it can remind you of filling your bathtub."

Instead, even with a short waterfall, Blossom will engineer two or three water feeds and create "essentially a carburetor-pipe plumbing where I can adjust each valve. The last one I did had three valves on it so I could tweak them and actually orchestrate the sound with the shallowest little bubbly sound becoming the lead in a little composition."

Through his landscape designs, Blossom continues to create harmony by balancing environments, vistas, sounds and time.

PHOTOS: Dan Blossom giving directions at Puget Sound (top) and a portrait (first inset). A landscape design within Valley Nursery (middle), next one of Blossom’s favorite waterfall installations, and a beachscape incorporating a fire pit (below). 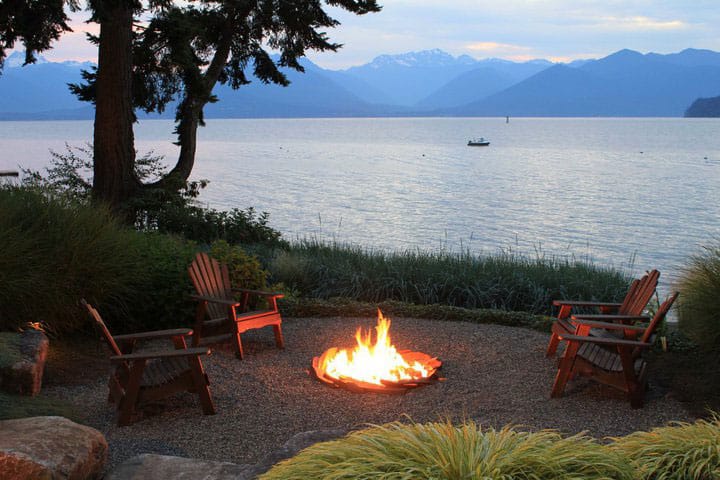