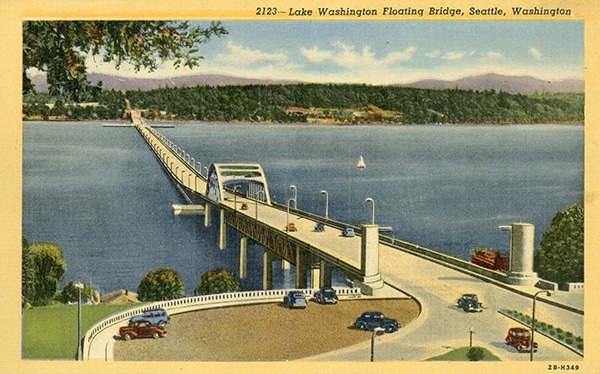 A vintage postcard shows the “Lake Washington Floating Bridge” as it appeared when it opened in 1940. Its construction began New Year’s Day 1939 and cost an estimated $9 million. 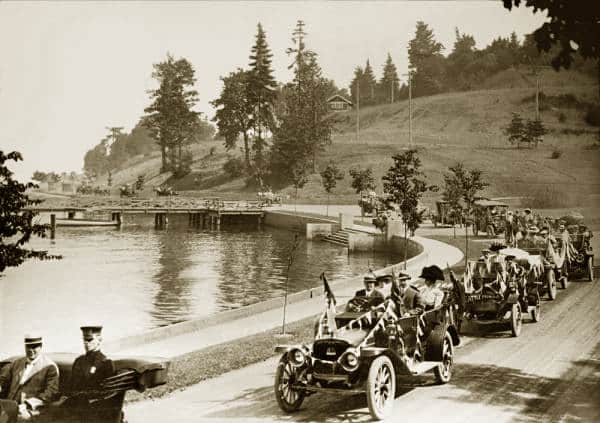 A Seattle Press Club caravan proceeds north past Mt. Baker on a nearly new Lake Washington Boulevard. The lakeshore was suddenly and considerably changed in the fall of 1916 when the lake was lowered nine feet for the opening of the Lake Washington Ship Canal. (Historical photo courtesy Museum of History and Industry.)

Thanks to Seattle Then & Now for posting this century old image. To read more on this and others, visit the page.

IDEAS FOR THE GARDEN
Scroll to top