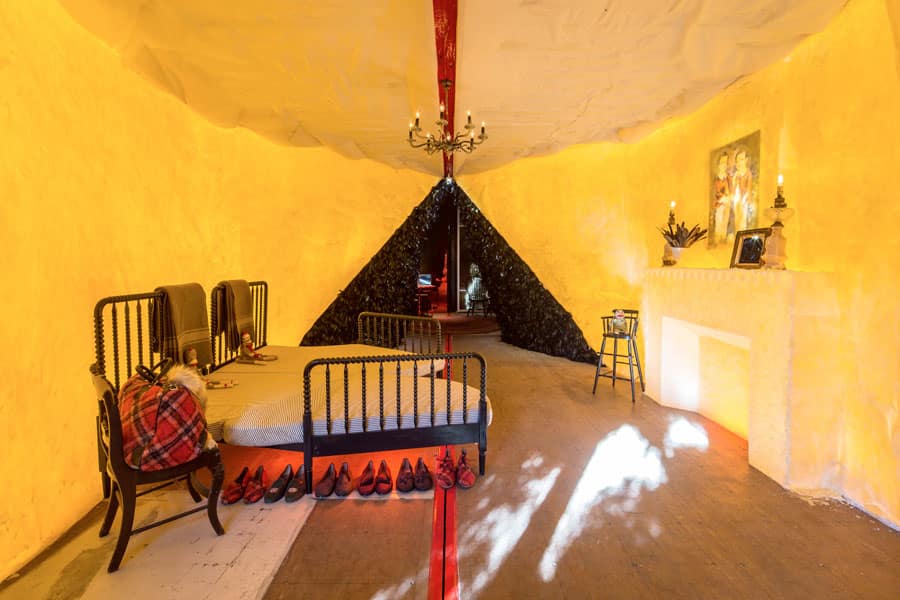 BAINBRIDGE TO BITTERTANG
… AND BACK

With boundless imagination and talents across multiple disciplines, Bainbridge-born architect Michael Loverich could just as easily be pushing the limits of animation, illustration, fashion, film, theater or even theme parks. But before one of those pursuits could hook him, something began to impact the island that had been his family’s home for more than a century.

"Around the time I was entering high school," he told Seattle Arts & Architecture earlier this month, "there was a lot of construction on Bainbridge and things were really beginning to change. I realized that if I wanted to help people gain more control over things we feel we can’t control, and improve how we interact with the environment, architecture was the way to do it."

His creativity now buttressed with social purpose, he obtained a BA in Architecture from the University of Washington in 2001 and a Masters of Architecture at UCLA in 2007. A year later he was in New York City launching the Bittertang Farm design firm with Antonio Torres, a fellow UCLA architecture student with whom he had worked a lot throughout school.

In New York, he developed both a style and reputation that have been deepened by commissions, competition wins, journal articles, industry appearances and TED talks. 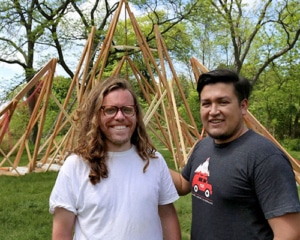 "I was in New York for eight or nine years, launching my own companies while working at a firm called Reiser-Umemoto Architecture P.C. and then Snøhetta US," Loverich said.

While meeting his employers’ demands (including serving as one of the lead designers on the World Trade Center’s Memorial entrance pavilion), and getting Bittertang launched, he remodeled two brownstones and the offices of the Opening Ceremony clothing line.

One architectural event in Manhattan involved fitting out a storage container as a retail space.

"The competition was to design a pop-up for fashion designer Michael Bastian," he said, and although the clothing didn’t immediately inspire them, hearing what had inspired Bastian to design the line, in turn inspired Loverich and Torres. Bastian mentioned "New England Gothic architecture, snow in Maine," and an old house filled with furniture polished with beeswax and "that smell of beeswax filling the house."

"And I thought, Beeswax: That’s our project." Loverich said. "That’s how we’re going to win this competition. We’re going to make an entire environment that smells like beeswax."

After the spark of inspiration comes the challenge of execution. Loverich and Torres had detected "a little bit of creepiness in Bastian’s description and so we kind of twisted a little bit more in that direction."

They submitted their design and were selected. When they met with Bastian and he asked how they came up with their concept, they mentioned his Beeswax comment.

"He had totally forgotten," Loverich said. "That was one of those times we heard that little nugget that he didn’t realize was super important in his thinking and turned it into an entire project."

In December 2016, Loverich "officially" moved his half of company operations back to Bainbridge Island and is shifting his focus back to the Northwest and reducing commissions and other projects in Mexico, Chicago and New York. For his part, Torres continues in Chicago, where he lives, and in his hometown near Guadalajara, Mexico.

Among the current local projects are a Bainbridge Pond House and a farmhouse with a recreation room for kids at its heart. (There are photographs of these and more in the slide show below.)

He recently joined a competition in the Seattle area area of Marymoor Park, which asks architects to design and build a temporary obstacle course for 900 kids.

"It’ll be up for a couple hours at the end of July 2017," he said. "It will consist of ten obstacles, each with an animal-like characteristic to it. The commission is really ideal – combining play, form, material and movement. And all – from conception to prototypes to installation and tear down happens super fast!"

Those other tangential fields continue to tug at his imagination. He and Torres are developing a line of children’s toys and an accompanying illustrated book that "minimizes the distance between architectural modeling and illustration to produce hysterical new worlds." They are also talking to a Chicago gallery about getting their designs built within the next year and getting finished pieces into the gallery store.

Through Bittertang, Loverich continues to "undermine the seriousness and coldness inherent in the architectural world with humor" and innovative approaches to form, space and material. At the same time, Michael Loverich Buildings is working with contractors and homeowners to give residential architecture the uniqueness that lets them gain more control over their individual environment and the environment we share.